"When I dive, I enter a sort of meditative state. I love the weightlessness of it – the silence, the peace, the opportunity for discovery."

When and why did did you start diving?

I started diving because I had been obsessed with the ocean since I was a kid living on Baffin Island. Jacques Cousteau's books were all we had growing up, and I would sit, dreaming of an underwater world, for hours on end. When I left the north to attend British Columbia's University of Victoria, I discovered a curriculum that included diving lessons. I hadn't anticipated such an opportunity would be available to me, and I became obsessed. They nearly kicked me out because my room smelled like a seaweed farm – it was a tiny studio, not even a one-bedroom, and always filled with my wet dive equipment.

What is your spirit fish or mammal?

My spirit animal is whichever animal will loan me its voice to protect ecosystems under threat, and that varies depending on where we're working in the world. In Tonga, it's the humpback whale. It's the polar bear in the Arctic and the leopard seal in Antarctica. In Norway, it's the orca. It's always evolving.

What do you enjoy most about diving?

When I dive, I enter a sort of meditative state. I love the weightlessness of it – the silence, the peace, the opportunity for discovery. I enjoy being lost in the moment. I think diving is probably quite similar to going to the moon, except a million times better. Imagine being surrounded by exotic animals such as sharks, whales, dolphins, coral, and sea lions, many of whom want to play with you. It's another world. Being underwater is like traveling down a road and arriving at a point that is as far as you said you'd go, but being drawn to the next corner just to see what's around it. In diving, that corner is your visibility barrier – sometimes it's ten feet like in BC, or it might be one hundred and fifty like here in the Bahamas. Whatever it is, you can't help but continue to the next coral head, the next iceberg, the next rock, or the next patch of seaweed. There is an endless supply of amazing and exotic things to uncover. It's truly a gift to breathe underwater. 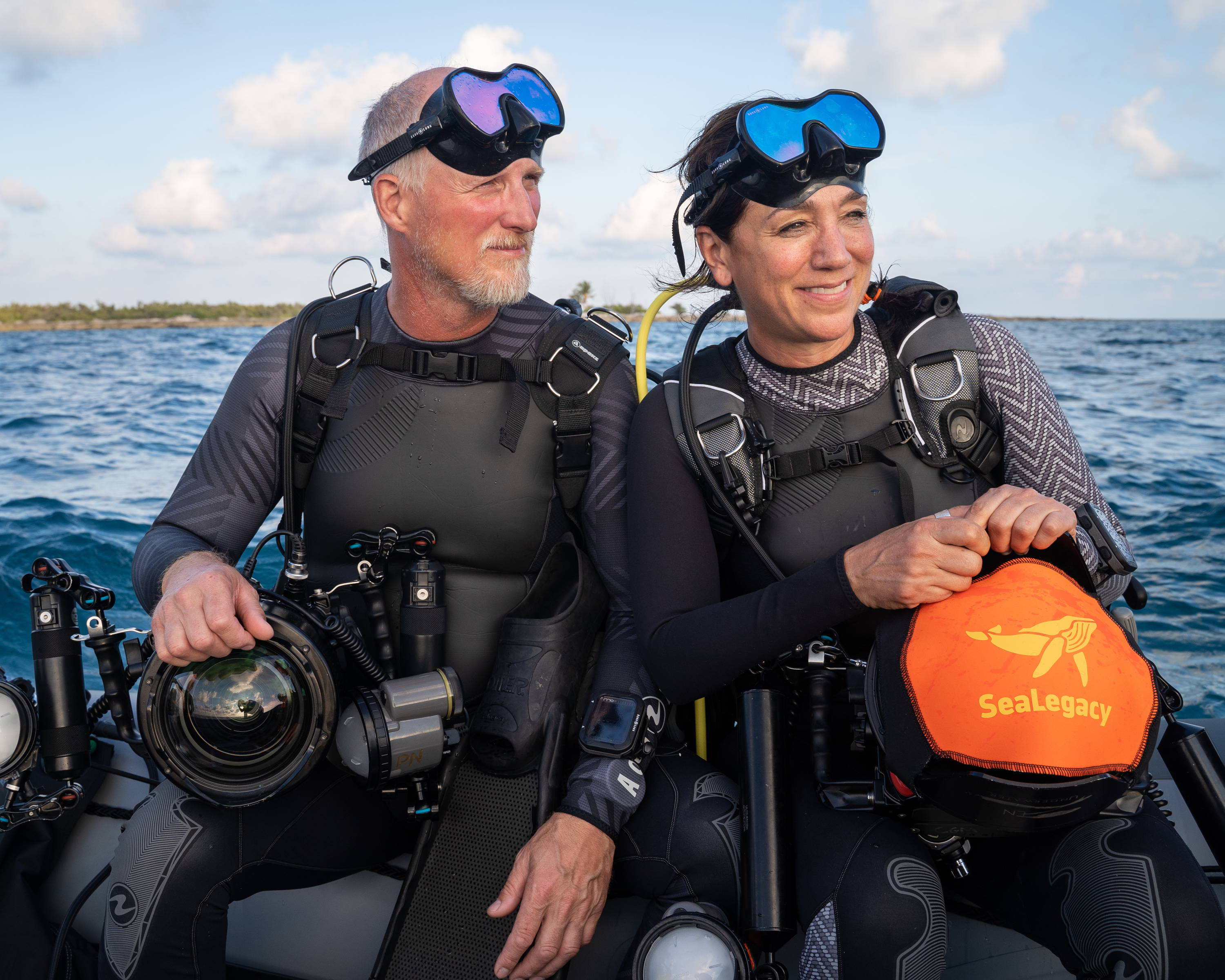 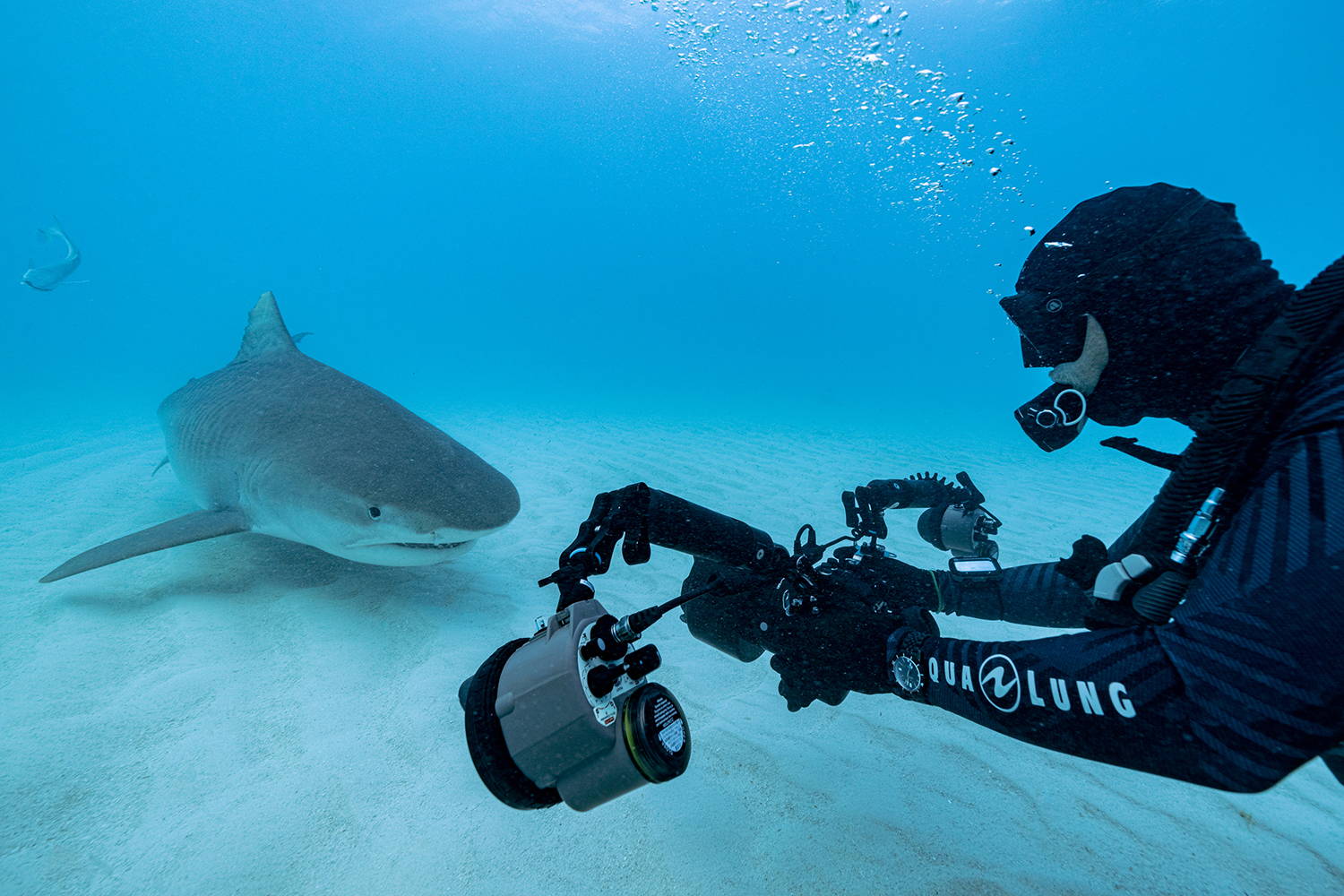 How do you approach non-divers to get them excited about learning to dive?

You can invite people to become divers from a purely diving perspective and say something like, "Hey, you should put a tank on your back, jump in the water, and breathe bubbles," but I think that's much less exciting than presenting it as an opportunity for discovery. Diving gives you the chance to explore the seventy-five percent of our world we can't see from the surface. The greatest bio density on the planet is underwater – imagine going through life and never witnessing any of that.

They're all special! I'll never forget being under a massive, herring bait ball in Norway, watching as humpback whales charged through and orcas pushed it tighter and tighter, swiping skillfully with their tails. It was intense and beautiful. Just two days ago in the Bahamas, I was swimming along endless white sand at forty feet deep while watching dolphins crater feed. They dive their beaks deep into the sand, flush out little fish, then chase them down and eat them. It's moments like these you would never get to experience without the ability to breathe underwater.

Dream dive: where and with who (alive or not)?

With Mitty (Cristina Mittermeier) in the Sea of Cortez, diving with tens of thousands of Mobula rays, then resurfacing to eat Mexican food.

The LEG3ND regulators are great! I also really like the Apeks VX1 mask.

Diving skill you are working to improve?

I'm trying to perfect swimming in reverse. It's very hard.

What steps are you taking to improve the health of our oceans? Any advice for others who want to help?

I've dedicated my life to improving the health of our oceans. In 2014, Cristina Mittermeier and I founded SeaLegacy, and in 2020, we helped create and launch the Only One platform. Today, we have more than thirty employees working hard to protect the world's oceans, but we can't do it alone – our organizations and conservation mission rely on the generosity of people all around the world. The best way to help us is to join The Tide – a community of ocean advocates that support SeaLegacy and the work we do. Please visit sealegacy.org/tide and learn more.

I like to think my hidden talent is my ability to capture the ocean's magic with photography and filmmaking. Storytelling is the tool I use to inspire others to fall in love with and act to protect our planet and all who live here. I'm also very good at freezing. 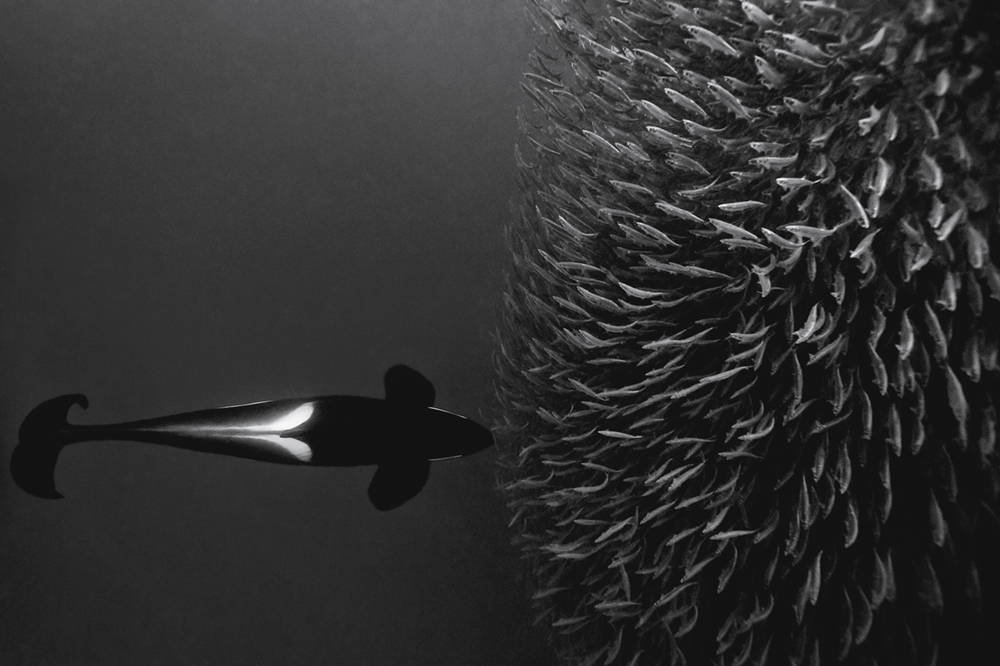 Get inspired with Paul: